SHARE:
Shrouded in the atmosphere of the Age of Discovery, the Commander Islands are hidden in the waters of the Pacific Ocean and the Bering Sea. Their harsh northern nature attracts many tourists, since marine mammals and birds still remain the archipelago's main inhabitants.

The Commander Islands are the peaks of an underwater volcanic ridge, separated from Kamchatka by an almost 190 km-wide and 4.5 km-deep strait.

The terrain of the islands is predominantly mountainous. Their steep mountain slopes are interspersed with valleys, which are crossed by numerous rivers and streams, often ending with waterfalls. The shores of the islands are surrounded by sea stacks. The most remarkable of them is Steller's Arch, located to the west, on the coast of Bering Island. 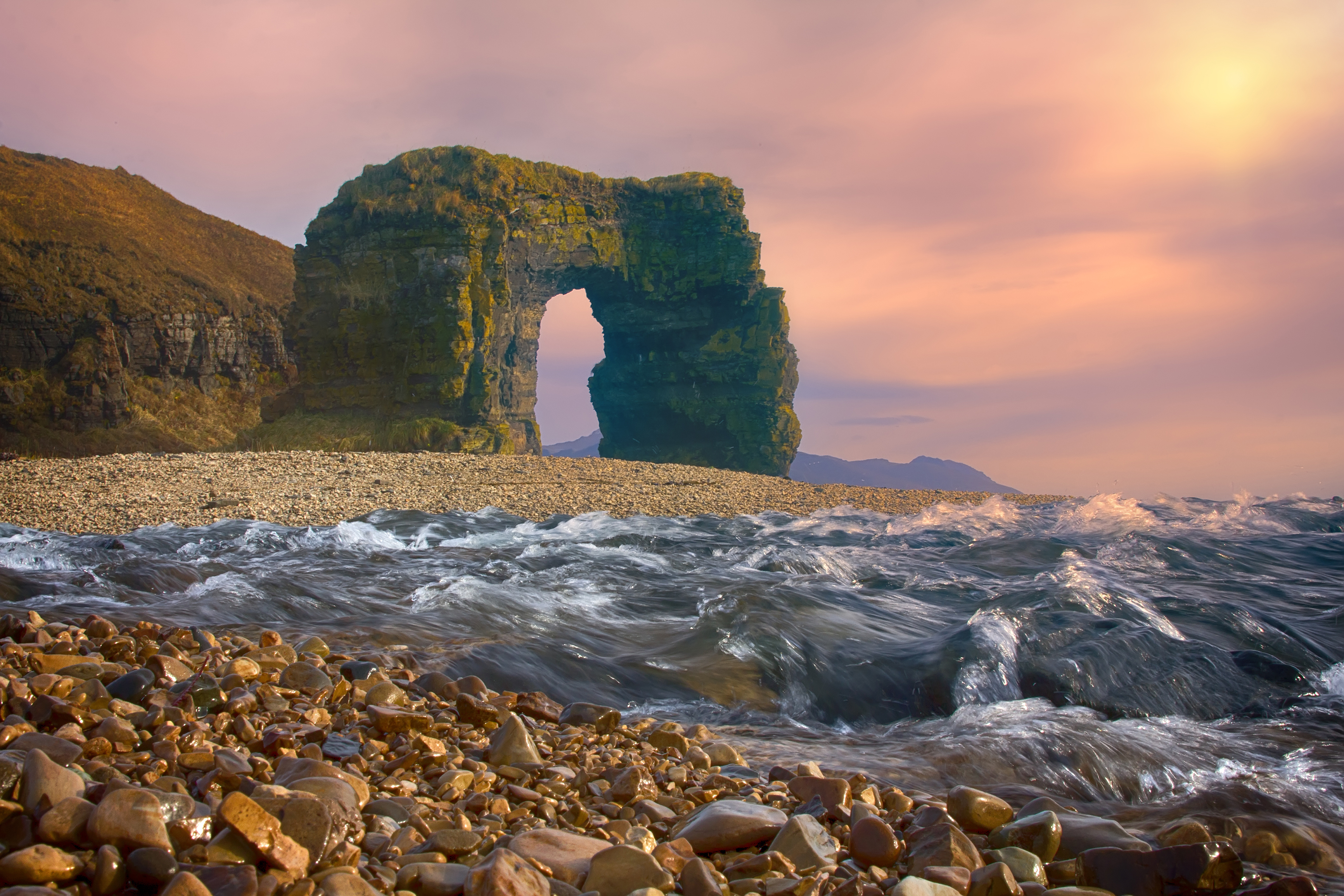 The climate of the islands is quite harsh, combining low temperatures with high humidity and strong winds. The autumn weather here is characterised by frequent storms and the possibility of tsunamis (with waves reaching 10-40 m in height). Additionally, the Commander Islands are also known for their heavy fogs (with July being the foggiest month).

The best months to visit the Commander Islands are from June to September, which is when you can observe the local wildlife in all its diversity: thousands of colonies of marine mammals, bird rookeries, and whale migrations. 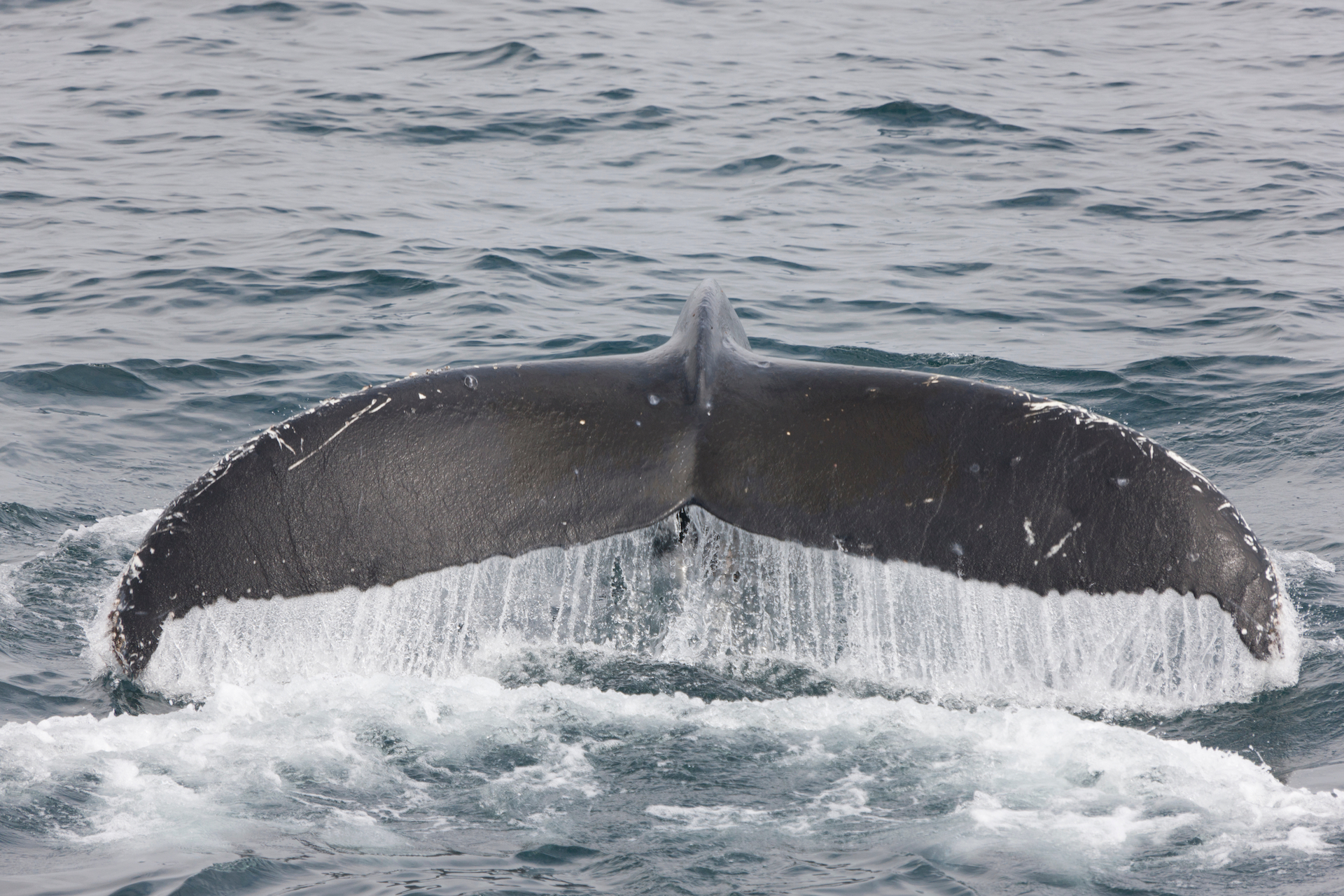 Who Lives on the Commander Islands?

There are few places in the Northern hemisphere that could be compared to the Commanders in terms of wildlife density and abundance.

Marine giants —whales, can be seen In the immediate vicinity of the islands. Twenty one species of cetaceans —a quarter of all the known cetacean species in the world, are recorded to inhabit the waters of the reserve. The most numerous of these species include the humpback whale, sperm whale, killer whale, four-toothed whale, Dall's porpoise, and minke whale. There are rare species as well — the North Pacific right whale and grey whale.

The Commander Islands have got some of the largest rookeries of marine mammals in the world. Namely, the northern part of Bering Island has got two large rookeries, where you can see fur seals, sea lions, Kuril harbour seals and sea otters.

The Commander Islands are also notable for their bird rookeries. Marine birds have made their homes on the coastal cliffs of the Bering and Medny islands. And the names of the small rocky islands — Tufted Puffin Rock and Kamen Ariy, speak for themselves ("Ayrah" means "guillemot" in Aleutian): these are the locations of the largest bird rookeries. In total, there are over 220 bird species on the Commander Islands, over 30 of which are on the Red List of Endangered Species. 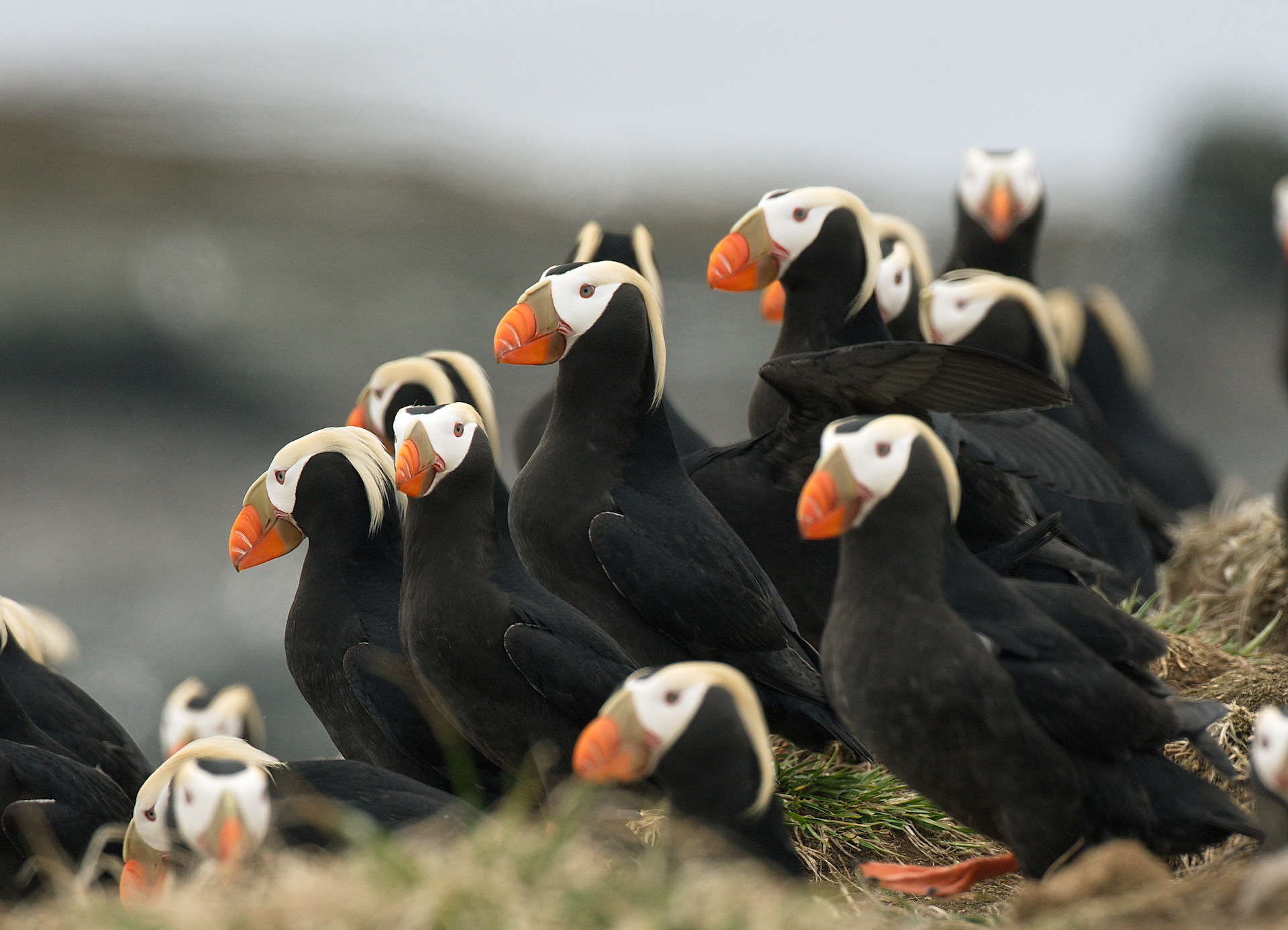 Bering Island is the largest of the Commander Islands. It stretches 90 km from north to south, with the maximum width reaching 35 km. The island's highest point is Mount Steller (775 m).

The village of Nikolskoye, located on the Pacific Coast, is the only settlement of the almost uninhabited Commander Islands. 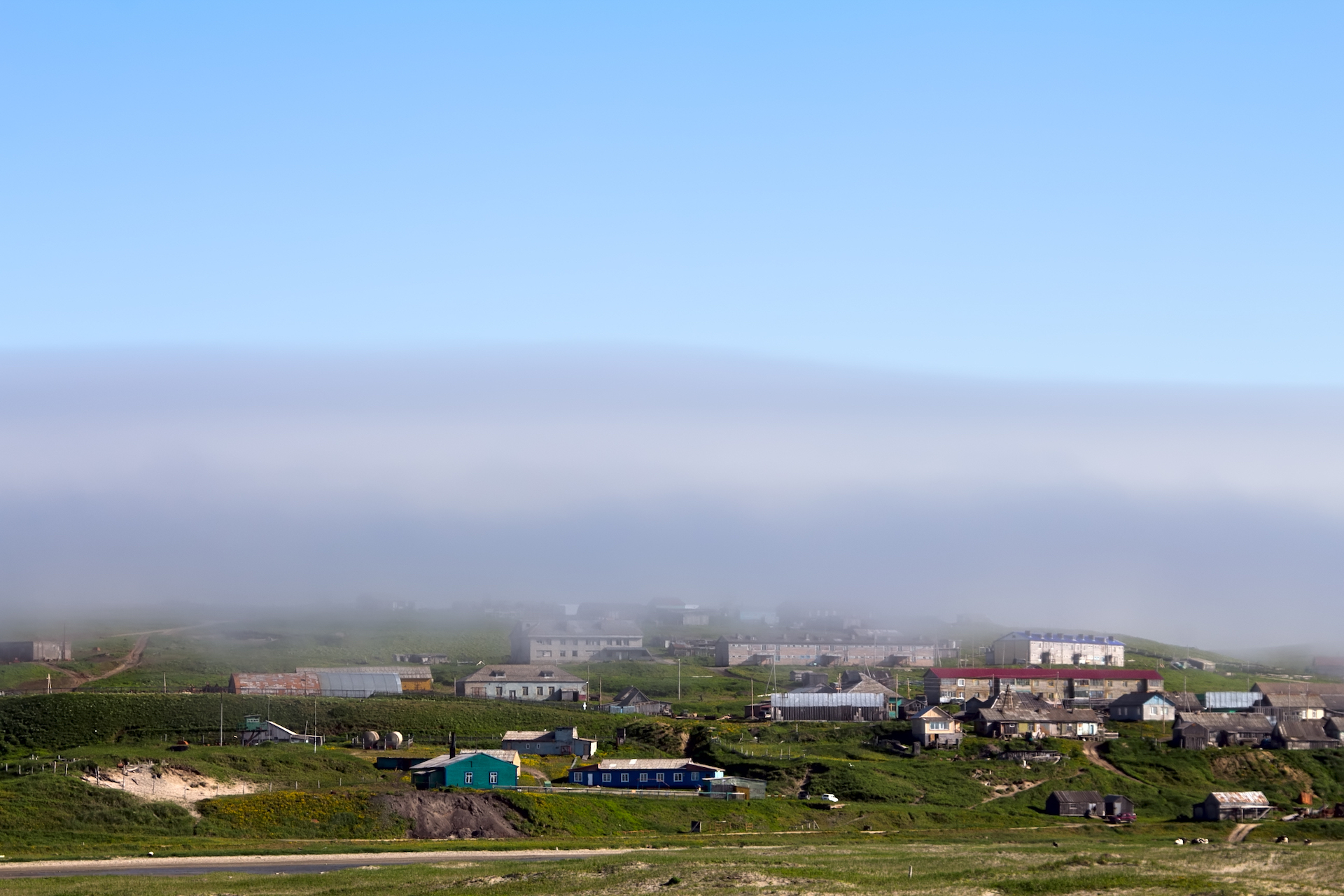 The village houses the Aleutian Museum, which contains a unique exhibit — a skeleton of Steller's sea cow. In addition, the museum stores cannons of the legendary packet boat St. Peter, which reached the Commander Islands under the command of Vitus Bering. Additionally, there are exhibitions on the life of Aleutian people and the history of settling the islands.

Located several dozen kilometres off the shore of Bering Island, Medny is the second largest island of the Commander archipelago. It reaches 57 km in length and 8.4 km in width. The island houses a number of large bays: Peschanaya, Zhirovaya, Korabelnaya, as well as lagoon lakes. The entire island is covered in mountains.

Tufted Puffin Rock is the third largest island. It is located north-west of Bering Island. The island is only 0.25 square km in size, with a perimeter of 2 km. The island is famous for its massive nesting of birds, predominantly represented by puffins, seagulls and cormorants.

And finally, Kamen Ariy is the smallest island of the group. It is a 53 metre-high rock with a circumference of about 1 km, located about 6 km away from Bering Island. Like Toporkov, this island is a nesting place of many birds, with the most typical local species being guillemots, cormorants, horned puffins, and black-legged kittiwakes. In addition, the island's rocks are home to Steller sea lions, Kuril harbour seals, spotted seals, northern fur seals and sea otters. 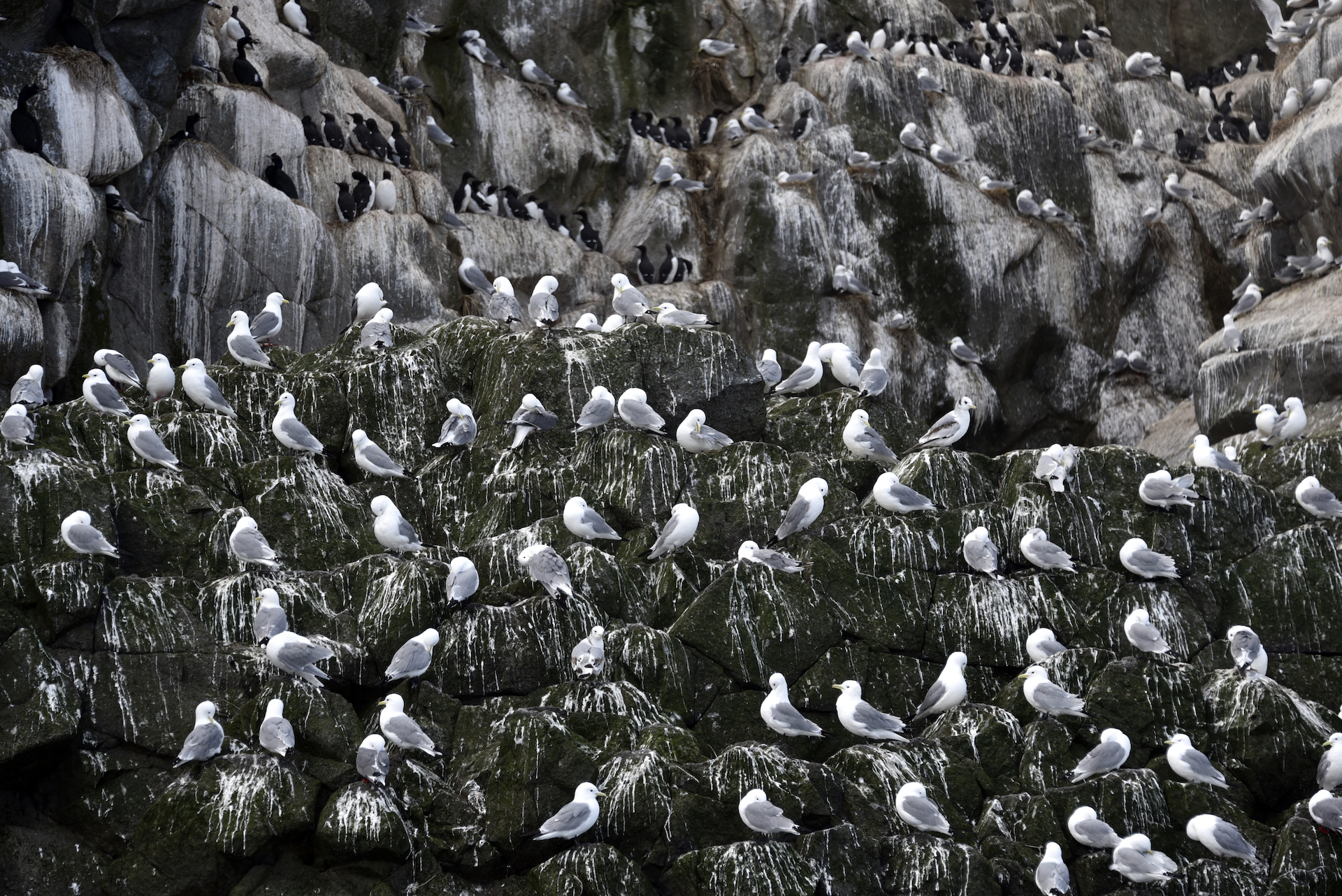 How to Get to the Komandorsky Nature Reserve?

Bering Island is not located in a border zone, so Russian citizens do not require a permit to visit it. However, a pre-issued permit at the border control in the city of Petropavlovsk-Kamchatsky is required if you are planning a sea tour. Foreign tourists must get a permit from the Federal Security Service of the Russian Federation, as well as the border control, in order to visit Bering Island . More detailed information can be found on the official website of the Federal Security Service forces in the eastern Arctic region http://www.svrpu.ru/ and by e-mail cgk_duty@svpubo.ru.

Most of the islands and their surrounding waters are part of the Komandorsky Nature Reserve. You do not need a permit to visit the northern part of Bering Island (where the northern and north-western rookeries of marine mammals are located). However, you must obtain a permit to visit the reserve if you are going on sea tours or trips to the southern part of the island. Tourusts arriving to the island by plane can do this in the village of Nikolsky on arrival, the day before their tour.

The reserve has developed several eco-routes: Pioneer Trail, From North to South, Northern and North-western Marine Mammal Rookery, Journey to the Whale World, To the Bird Islands of Kamen Ariy and Tufted Puffin Rock. You can find more details on the reserve's website: http://www.komandorsky.ru/. 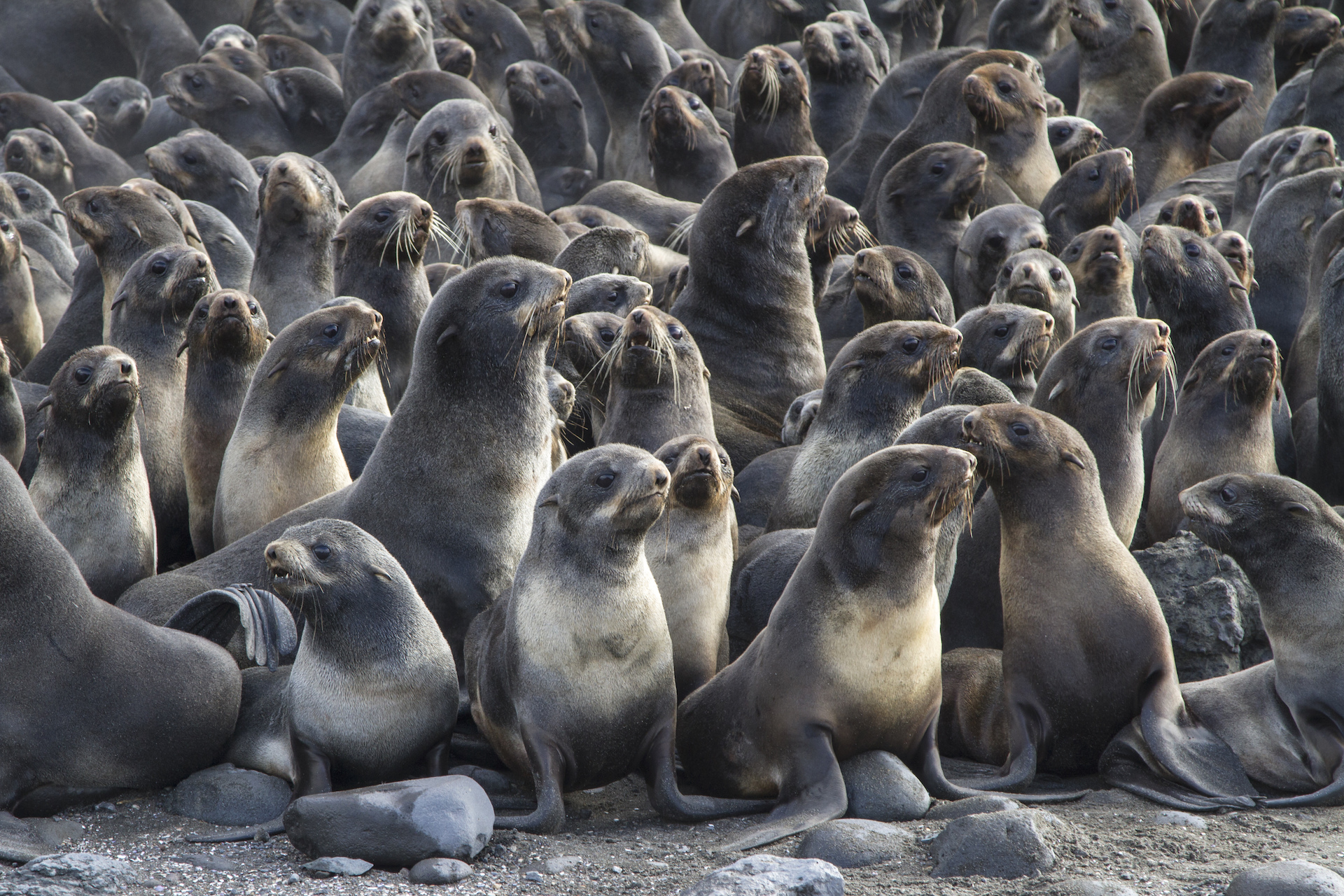 How to Get to the Commander Islands?

You can travel to the Commander Islands by air or sea.

The fastest option is to travel by plane from Yelizovo Airport (Petropavlovsk-Kamchatsky). Flights from there to the village of Nikolskoye are made several times in the summer and a couple of times in the other seasons. The flight takes 2-4 hours, depending on whether it is a direct flight, or the plane makes a stop at Ust-Kamchatsk. Be aware that flights may be cancelled due to weather conditions: the Commander Islands have often got dense fogs, heavy rains and strong winds. For this reason, if you are planning to visit the Commander Islands, purchasing a return ticket from the Kamchatka Peninsula to the mainland in advance is not recommended. For more information on flights and tickets, visit the official website of Yelizovo Airport: http://pkc.aero/.

Another option to get to Bering Island is by boat. The journey to Nikolsky by ship takes about a day and a half in good weather. However, it can take several days during a storm, which is not uncommon in these parts. You can visit the website of the transport company (http://kamtrf.ucoz.ru/) or e-mail them (info@kamtrf.ru) for more detailed information.