10 Best Places on Kamchatka to take a picture

Photos from another planet

Volcanoes, Geysers, the Ocean. Kamchatka's harsh nature resembles incredible extraterrestrial landscapes. We picked 10 places, photographs from which will look like you've been on another planet.

Photos of snowy volcanoes or black beaches, upright canyons or geysers blasting streams of steam and water. Or maybe a selfie with a bear feasting on fish in the background. You can take the most stunning photos on Kamchatka.

Impressive photos with volcanoes in the background can be taken without even leaving Petropavlovsk-Kamchatsky. The city is surrounded by volcanoes which were nicknamed "Domestic" by locals for their proximity to the region's capital. Avachinsky is the most well-known and popular volcano. This is a 2741-m high active volcano. The same group includes the Koryaksky, Kozelsky, Aag and Arik volcanoes. 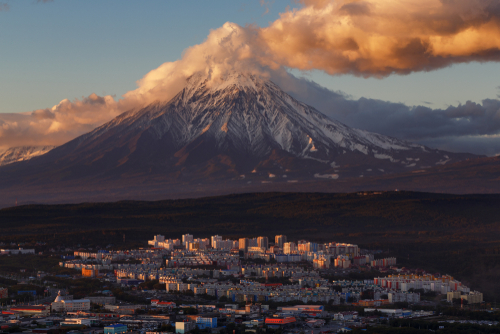 The main sea gate of the Kamchatka Krai covers a huge area of 215 sq. m. This is the second largest bay in the world and the largest in the Northern Hemisphere. Its shores are surrounded by rocks and hills, while in the west, the rivers of Avacha and Paratunka flow into it. When heading from Avacha Bay, there are three oddly-shaped, massive rocks known as the Three Brothers, poking out of the water. According to legend, these are three mighty brothers who defended locals from huge waves. However, after they prevented the catastrophe on the shore, the brothers turned to stone and became eternal guardians of the bay. You can take a closer look at them and take pictures during a boat tour organised by local travel agencies. Inhabited by various flocks of birds and eared seals, Starichkov island is located not far from the bay. 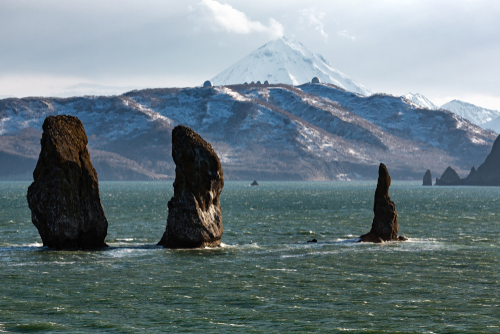 70 km from Petropavlovsk-Kamchatsky, there is the plateau of the Mutnovsky Volcano with landscapes that are truly extraterrestrial! The Mutnovsky, Gorely, Vilyuchinsky and Avacha volcanoes form a massif with numerous bright yellow cones, fumaroles with streams of gas and steam. Mud pots are found here as well. The ascent to the volcano is not particularly difficult, but it's better to do it with an organised group, guided by an experienced instructor. Close to the volcano, there is a deep canyon whose name speaks for itself. Opasny (Dangerous) Canyon. 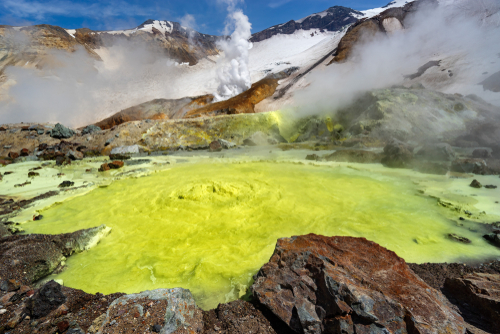 This is the most famous volcano of Kamchatka and the largest active crater in Eurasia (4750 metres). This beautiful and magnificent volcano is recommended for climbing only with an organised group of experienced mountaineers. You will need a special permit to ascend Klyuchevsky Volcano. What is more, participants need to be in good physical shape as they will have to cover up to 20 km uphill and downhill in one day. The route might be complicated by rockfalls and sloughing. 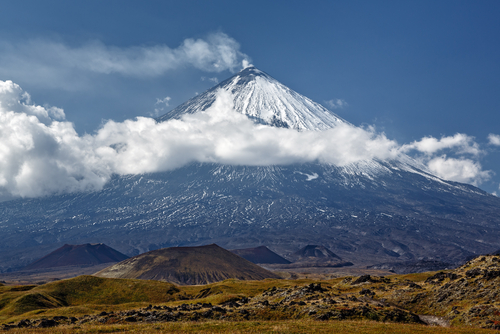 Khalaktyrsky Beach can be the ideal place to arrange a photo shoot in the spirit of Game of Thrones or Star Wars. The coast line is covered with black sand which is fine-ground volcanic rock from the nearby volcanoes. It is windy here all year round, while the wave height can reach 10–15 metres. When the water gets low, the sky and the clouds are reflected in the black sand. It is quite easy to get to the beach, which is popular with surfers and those who love picnics by the water. It takes around half an hour by car or bus No. 8 and 24 from Petropavlovsk-Kamchatsky. 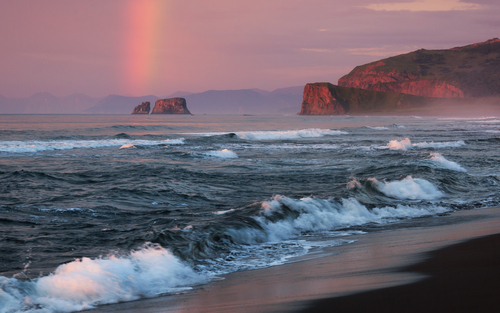 Kurile Lake, which is part of the South Kamchatka Federal Reserve, can be called the place with the biggest number of bears on Kamchatka. The fact is that the world's largest bear fishing takes place here during the sockeye salmon spawning. Therefore, if you plan to have a selfie with a bear in the background, this is definitely the place to go! The lake is surrounded by mountains and volcanoes, which are reflected in Kamchatka's fresh body of water. You will need to submit an application to visit the wildlife reserve. 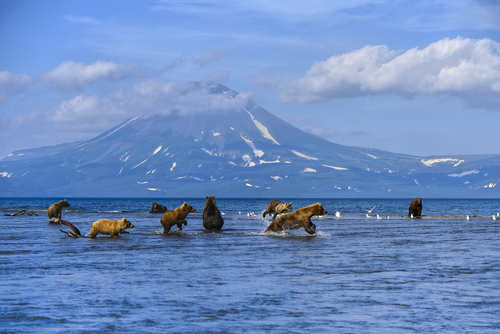 4 km away from Kurile Lake, there is a fascinating natural site called Kukhtiny Baty. In the Itelmen language, the name of these pumice-stone formations means "the boats of the god Kutkh". The indigenous people of Kamchatka worshipped the wise raven Kutkh. And "bat" is an old word meaning "boat". According to legend, Kutkh left these boats at the riverhead to dry. 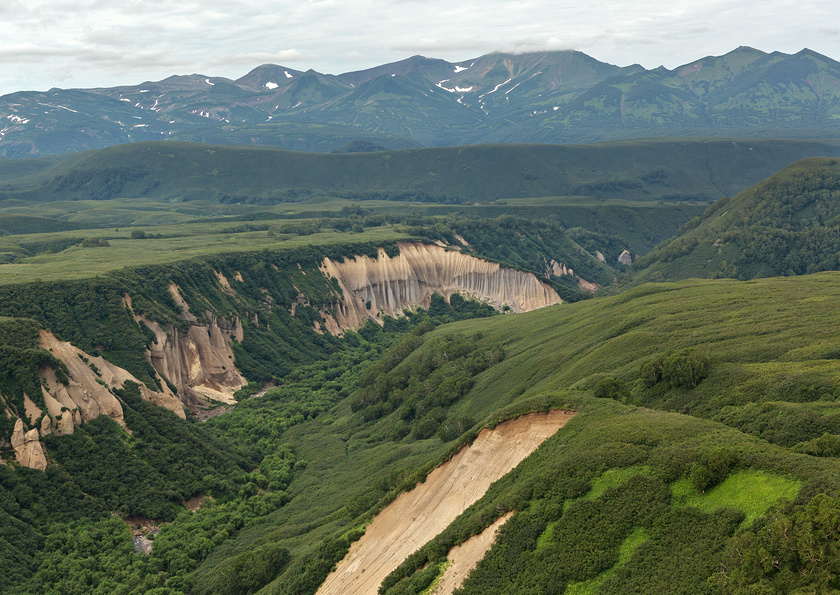 A true natural wonder, this nearly 8-km long canyon is located within the Kronotsky Nature Reserve. There are more than 40 geysers and 50 hot springs in the incredibly camera-friendly Valley of Geysers. Each geyser blasts clouds of steam and fountains of boiling water according to a unique schedule – some geysers erupt every few minutes, while others need several hours for a new eruption. Large geysers have their own names – Fountain, Inconstant and Boiling, for instance. You can take a helicopter to reach the Valley of Geysers. While walking around the Valley, it is safe to use only the paved paths and viewing platforms. You shouldn't trust even the grass-covered fields as there can be poisonous scorching substance beneath. 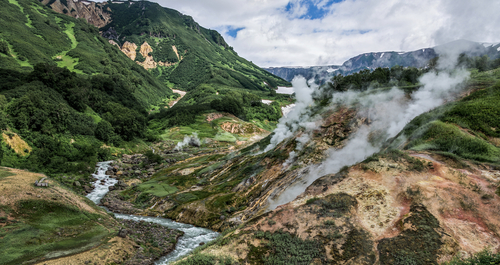 9. Caldera of the Uzon Volcano

The caldera is a 9x12-km, bow-shaped crater. Here you will see mud pots and small volcanoes, hot lakes with huge steam clouds, as well as multicoloured mineral fields. This natural diversity can be viewed during a helicopter tour. If you want, you can descend into the caldera as there are wood-paved paths in the most beautiful spots. 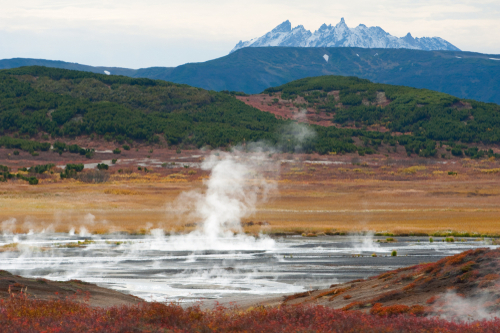 These islands are inhabited by animals who are not afraid of humans. During a tour, you will have a chance to observe rookeries of fur seals and eared seals, watch colonies of birds and take pictures of migrating whales. June to September is the perfect time to visit the islands. 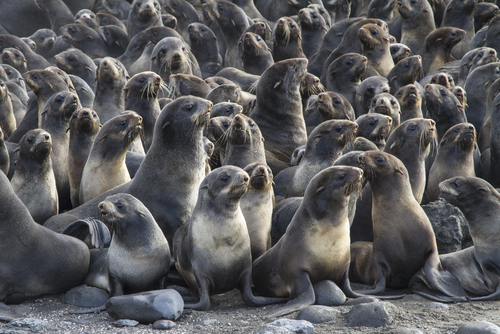