Cinema, bears and volcanoes: faces of Kamchatka on the screen

ПОДЕЛИТЬСЯ:
At the very beginning of your trip, when you have just decided to set off to Kamchatka, we recommend that you read a travel guide, carefully examine all activities on the website and watch 10 movies, which we have selected personally for you. 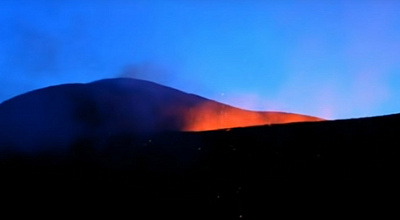 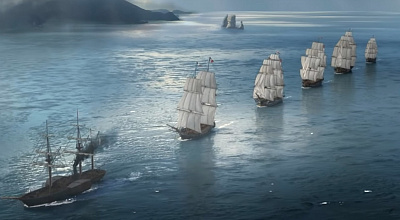 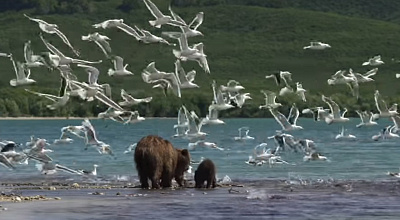 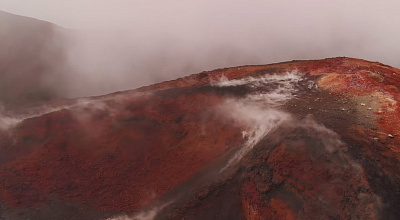 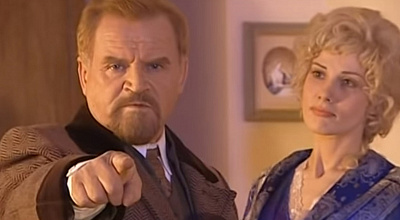 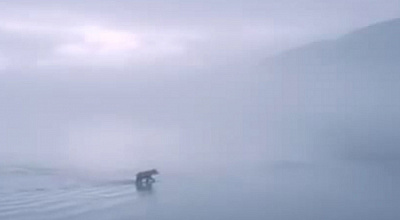 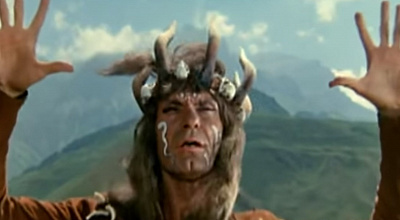 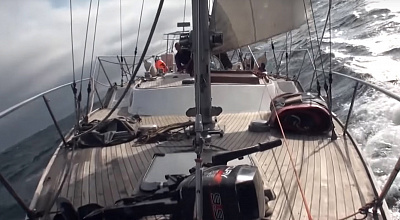 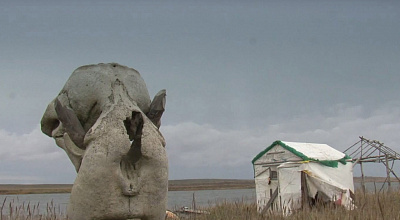 1. Kamchatka. Life on a Volcano

Kamchatka is a paradise for volcanologists – there are more than 300 volcanoes, and many of them are active. In 2012 there was an unusual fissure eruption of PloskyTolbachik volcano. Liquid basaltic lava ran down the flank without massive explosions in the crater, which provided a unique opportunity for the researchers to come extremely close to the eruption site.

Shooting team for "Kamchatka. Life on a Volcano" went to the eruption site half a year after its start, accompanied by a group of volcanologists. An exciting story of the fire-breathing giant and the work on its research is accompanied with unique footage of this rare natural phenomenon.

The history of Kamchatka is not only the heroic deeds of pioneers, it also tells us a story of the glorious Russian fleet. In 1854, at the height of the Crimean War, Petropavlovsk-Kamchatsky became the place where one of the most heroic battles of the XIX century was fought. A united squadron of six French and British ships fiercely attacked the Russian fortress, hoping to push the Russian Empire out of the strategic Pacific naval base.

The documentary "Kamchatka Guards" tells us about the many days of the Russian garrison defence against the enemy's superior numbers, about the hardship and the victory of Russian arms, which was bought at a high price of losses and victims. The movie successfully combines features of a documentary, fiction and animation, showing a detailed reconstruction of the heroic battle.


3. Kamchatka Bears. The Spring of Life

The movie tells about the first year of life of young bears and their families travelling around the incredibly beautiful expanse of Kamchatka. The shooting team spent seven months out in the wild watching a few bear sows and their offspring. The action takes place in the territory of the famous Shpilenok South Kamchatka Federal Nature Reserve, where humans act solely as observers.

The meditative story takes the audience to a long and unbelievably beautiful trip across rivers and forests, volcano flanks and misty valleys to a world full of primaeval quietness and a peaceful atmosphere of natural balance. The picture was highly rated by users of the renowned portal "KinoPoisk" and achieved a rating of 8.43.


4. Kamchatka – a Wonderful Land of Bears and Volcanoes

Once, a young German, Lars Bronke, decided to set off for Kamchatka with his friends and his inevitable camera. He is not a crazy traveller, or a thrill-seeker, or a researcher. He just wants to see things , which other people cannot see. His movie is an example of a travelogue, which is rather rare in Russia. The audience lives for a few days together with the author, and sees this wonderful world with the author's eyes.

"Kamchatka – a Wonderful Land of Bears and Volcanoes" won several prestigious awards including the international tourist media award The Golden City Gate, and was the winner in the category of "The Best Tourism Film 2018" for the major journalist prizes Columbus Journalist Awards (VDRJ) in Germany.

The Russian mini-series Riches is based on the novel of the same name by Valentin Pikul, which tells us about life in the Far East on the eve of the Russo-Japanese war. The action takes place on Kamchatka, where turmoil, jiggery-pokery and political struggles are shown in the midst of nature's splendour. A recently-appointed bureaucrat from Khabarovsk has to plunge into this world, if he wants not only to survive, but also discharge his yeoman's duty.

The life of several bears of differing age amidst the peninsula's thrilling landscapes. The central characters overcome difficulties, fight to survive, play, love... The light mood of the story and masterful camerawork keep us watching the beauty of wild life throughout the film's 95 minutes.

The movie is made with the participation of the famous filmmaker James Cameron, the creator of Titanic and Avatar. In the original version the narrator is Marion Cotillard, and in the Russian version it is Vladimir Pozner. The picture has been acclaimed by audiences all over the world. On KinoPoisk website the rating of The Land of Bears has been 7.83 for five years, and its IMDb rating is 7.

The mysterious Sannikov Land was the subject of unfailing interest for polar explorers for more than 100 years. Ilyin, an exile for political reasons, sets off on an expedition in order to finally tear away the cover of secrecy from one of the last gaps on the map of the Earth. Amidst the ice explorers discover a flourishing oasis inhabited by people.

This extremely popular Soviet film is known to several generations of audiences, who keep following the characters' adventures with fascination. Few people know that the footage directly related to the Sannikov Land was shot in the Valley of Geysers, Kronotsky Reserve, Kamchatka. The aesthetics of wildlife became the centerpiece of the film. In Soviet times it was very difficult to visit Kamchatka because of its frontier region status, but today everyone can see the Valley of Geysers first hand.

The movie tells us about the life of the military journalist and writer Vyacheslav Nemyshev. The film's central character participated in military action 27 times, and after that it was difficult for him to adapt to everyday life. So he decided to go to Kamchatka hoping to heal his mental anguish and bring back joy and peace. The perfectly beautiful landscapes, ocean, volcanoes and sea canaries become his friends, helping him to recover his poise and listen to himself being at one with nature.

In 2014 the movie was awarded the first prize at the IDFA XXVII international documentaries festival in Amsterdam in the category of "The best mid-length film".


9. Expedition to the Edge of the World

The film is dedicated to the travels of Stepan Petrovich Krashennikov, who worked in Kamchatka as a member of an expedition in 1737-1741. He studied the geography, botany, and ethnography of the peninsula, and left behind the book "Description of Kamchatka Land", which became the major work on this region for many years.

The shooting team followed in the steps of the great explorer, telling us about his path and about the present-day situation in Kamchatka. How local people live, what is going on in the Koryak and Itelmen villages, what difficulties the people face and what they dream about. The film won an award at the international cinema forum Zolotoy Vityaz' in the category of "Short-Length Documentaries"

Three friends who are fond of travelling go out to conquer Kamchatka, equipped with snowboards, tents, rucksacks, cameras and enthusiasm. Together with the extreme sportsmen the audience is transported to a world where jumping from a helicopter to a mountain slope is fun, where seals welcome divers head-to-head, and surfing in the ocean brings not only adrenalin, but peace of mind.

The film is made in the travel style unusual for Russian movies, which offers not only a deep dive into history, but also a very personal, intimate narration. People's characters, their fates and feelings are perfectly seen against the background of the magnificent nature of Kamchatka. And when we add to this cocktail a large number of extremes and breathtaking views, we get a picture completely filled with emotions.

Kamchatka is popular with filmmakers: film directors who choose this land of bears and volcanoes as their central character are destined for success. In our chart you can find documentaries which have been warmly received by critics at international festivals, and a few beautiful feature films. 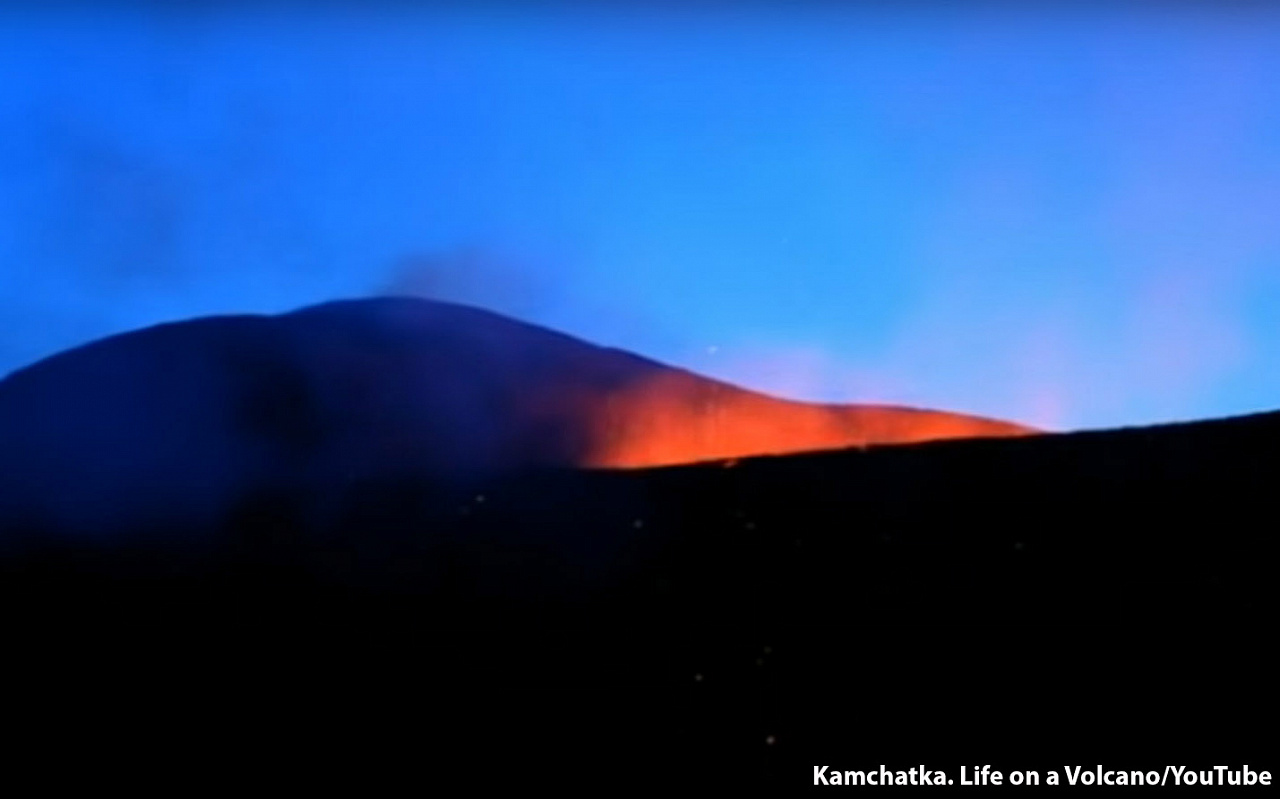 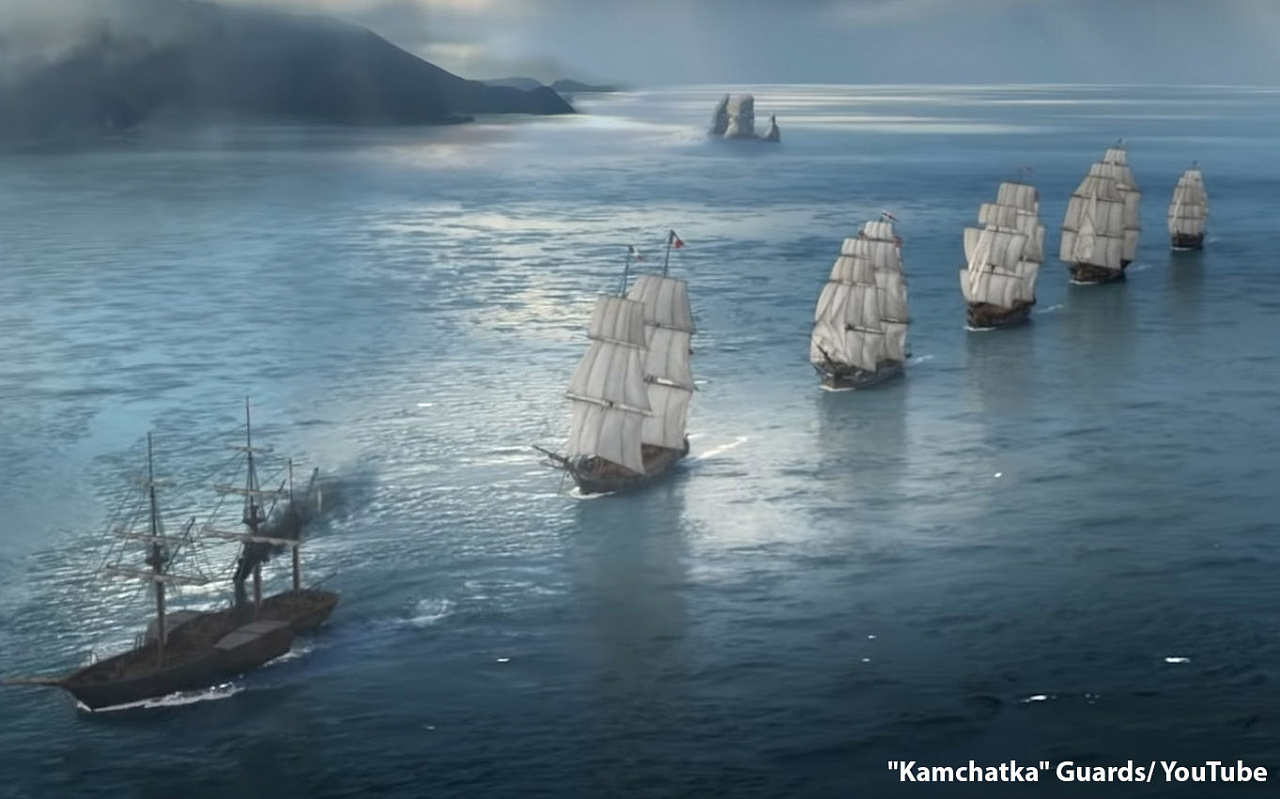 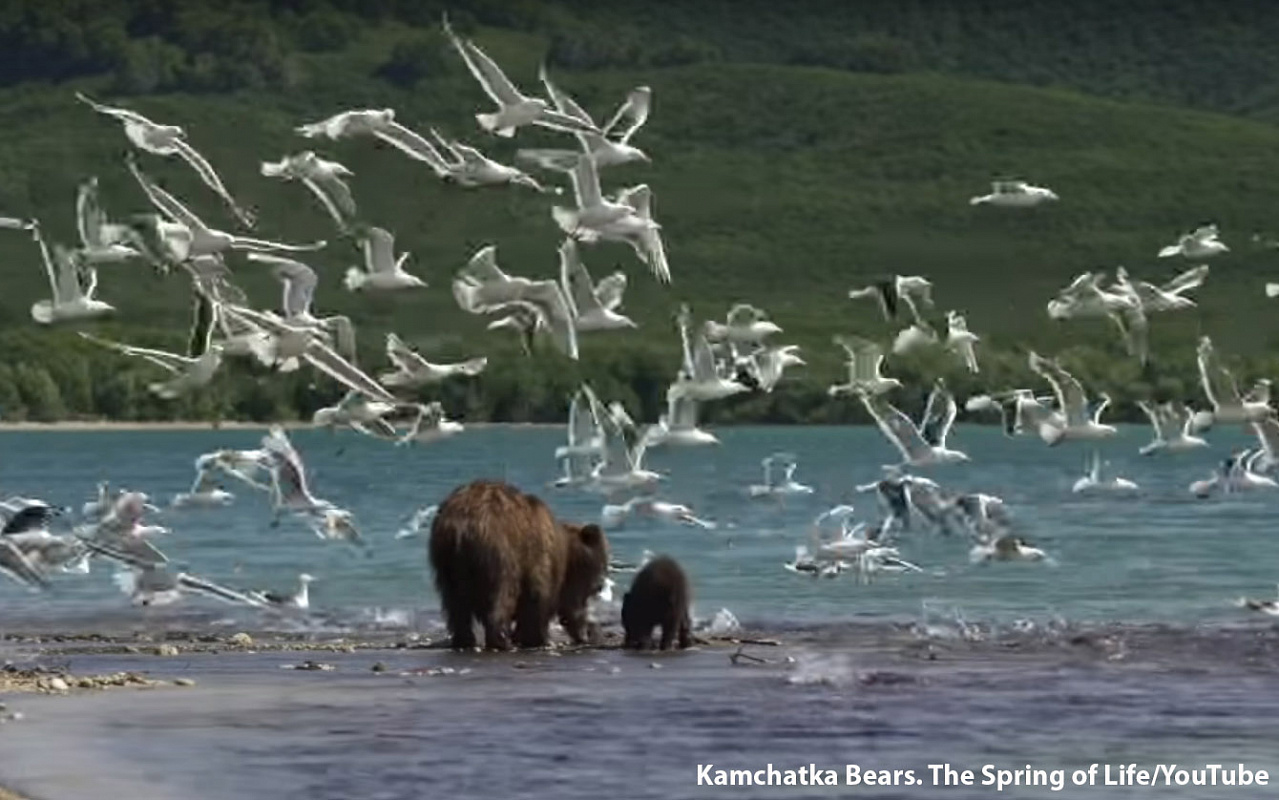 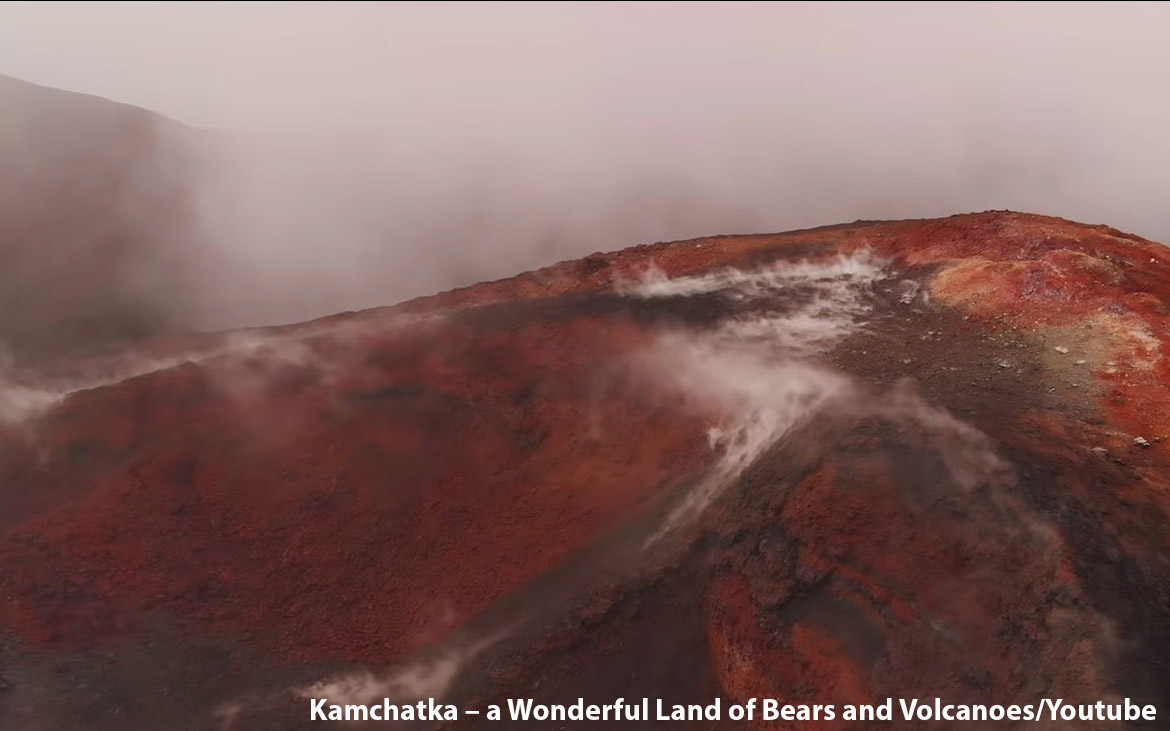 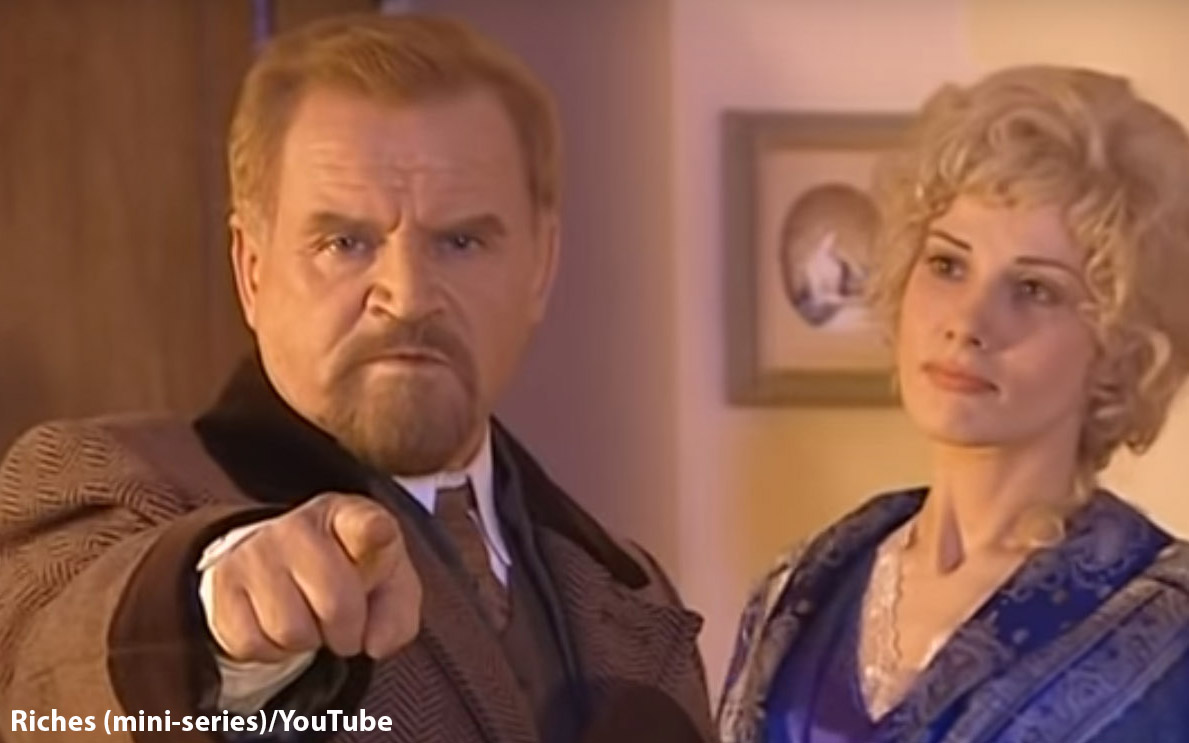 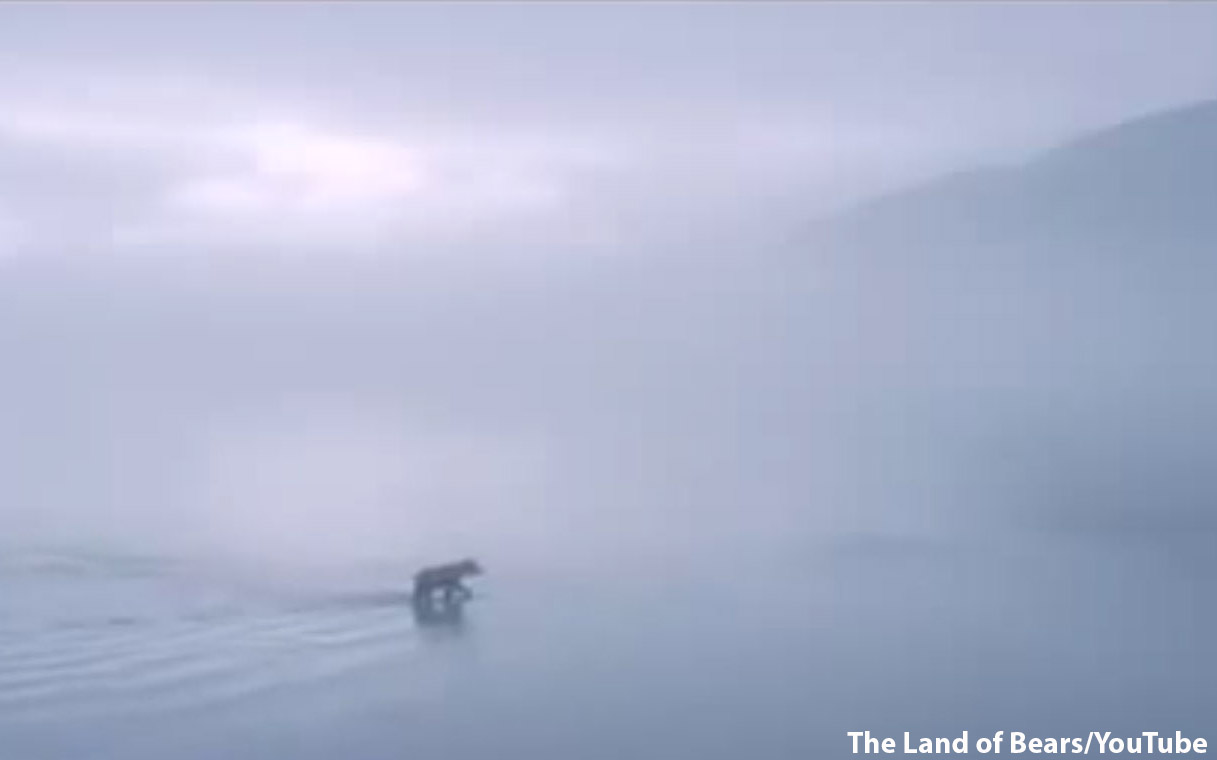 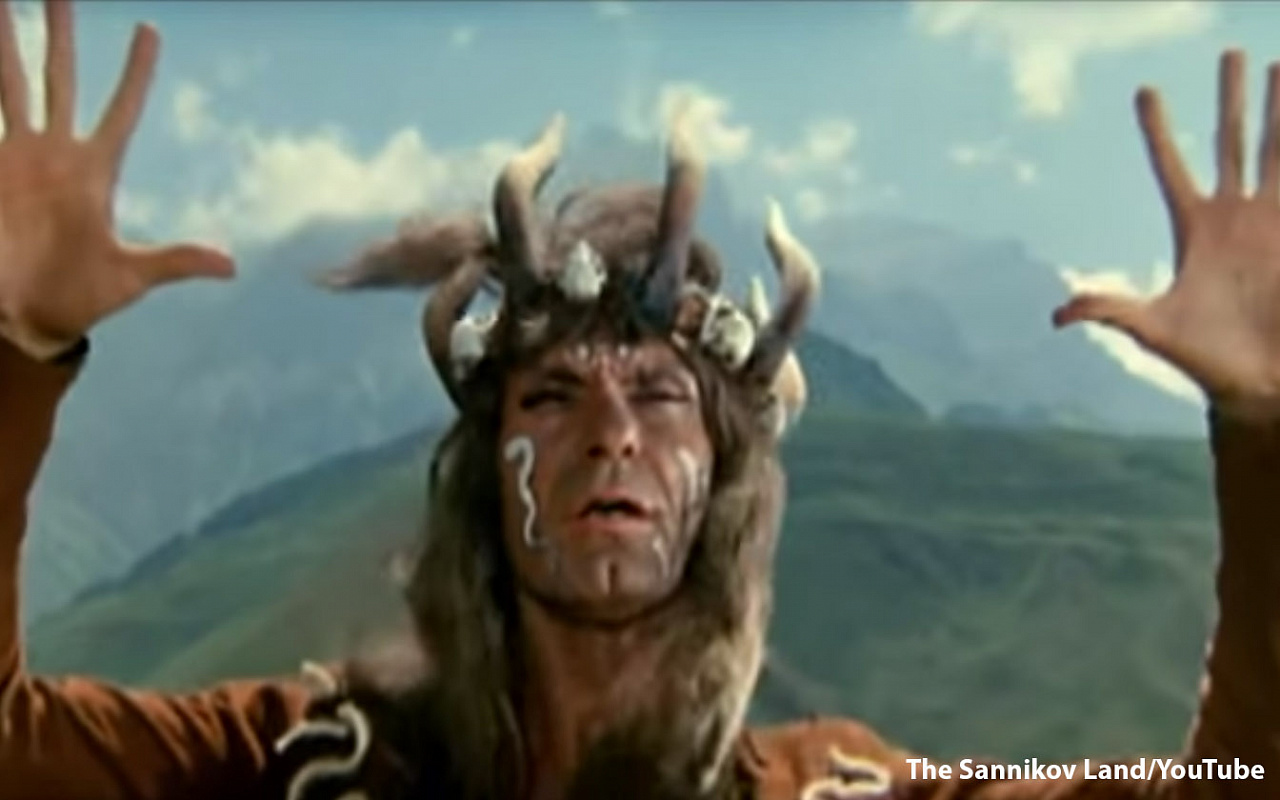 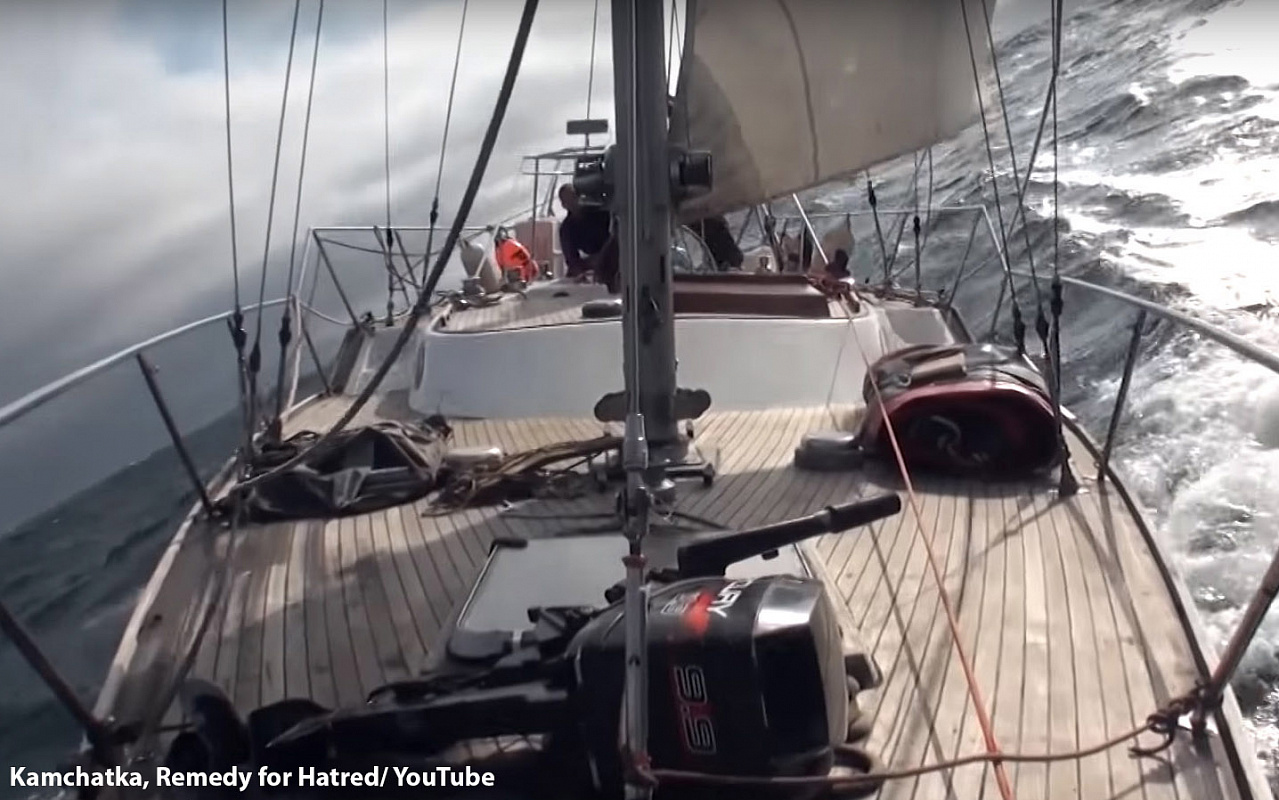 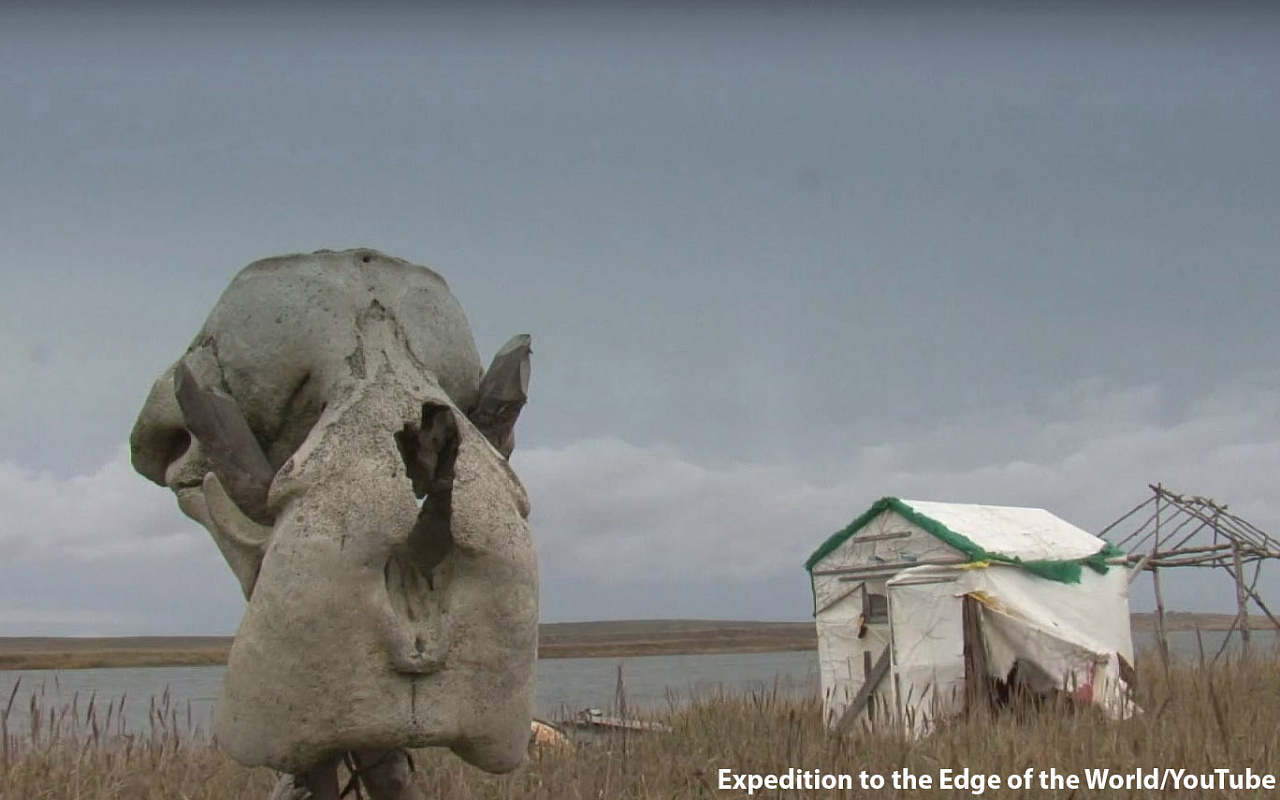 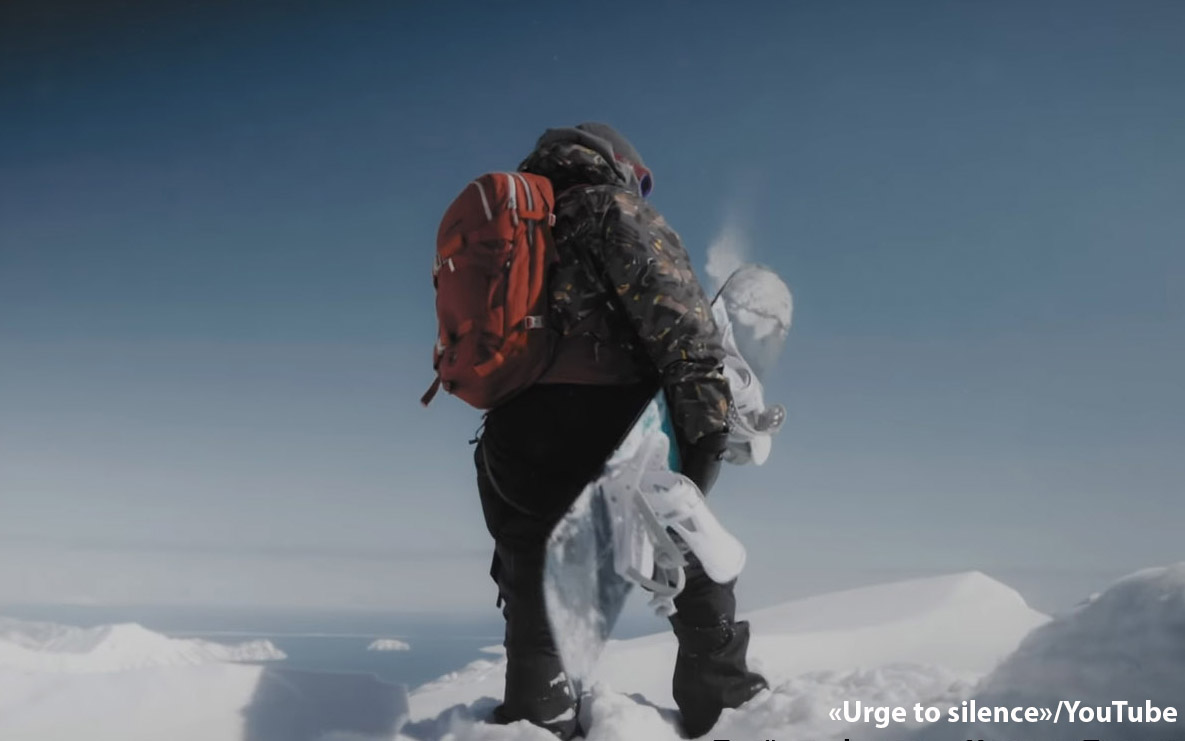